Altered States by Anita Brookner is a excellent novel of the ‘repressed, English, and unreliable’ genre perfected by authors like Kazuo Ishiguro. It follows solicitor Alan Sherwood, his failed marriage, his blended family and the object of his obsession.

“We both hold the treacherous view that men are superior to women in the areas of love and work.”

It’s hard to like the protagonist, Alan Sherwood. He’s the kind of casual misogynist who thinks his secretaries appreciate his ‘compliments’, even though at least one has explicitly corrected him on the matter.

He says he likes women who need protecting and looking after, but he is also contemptuous of such women, and fails to protect them.

This is contrasted with his mother’s urbane new husband. Aubrey is controlling, old fashioned, impatient with weakness. But unlike Alan he fulfils his end of the chivalric bargain, and does indeed cherish, protect and encourage his new wife. 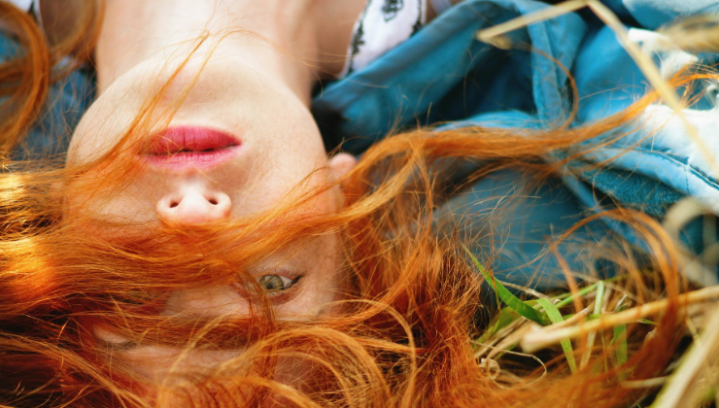 The object of his obsession, Sarah, is portrayed as being practically a psychopath. She is written as cold, unfeeling, almost possessed of a personality disorder. She sells her mother’s house without her permission and steals the proceeds. Casually takes a valuable antique from her enfeebled uncle; treats her family and friends with cold contempt.

But really… the only crime she commits toward Alan is that she’s not that into him. She uses him in the way both he and his best friend Brian use women. He finds Sarah attractive for her supposed ‘equality’ with him; but is appalled by her lack of dependence on him.

In short, his blistering characterisation of her reads as nothing so much as wounded pride.

“I liked women to be cherished. I liked to think of them needing a modicum of protection, encouragement. I liked them to be modest, grateful for flattery, expert at soliciting kindness.” – p33

It is interesting that despite this assertion, his wife Angela, who fulfils his criteria, does not appeal to him at all. Nor does he provide protection, encouragement nor cherishing to his poor spouse. Bluntly, I’d characterise their relationship as abusive.

Alan admits she is frightened of men; that their lovemaking was ‘violent’; that she ‘claimed’ he had hurt her.

Alan is well aware she hates having sex with him. It never occurs to him to stop.

She even experienced her pregnancy as traumatic; she felt as though the baby were an incubus.

He compounds this appalling behaviour by flying to Paris to meet Sarah for an assignation; the latter of whom thinks so little of him that she doesn’t even turn up. While he is away, Angela has a fall and miscarries. This triggers a deep depression. He insists he ‘cannot see any sign of it’, even though she isn’t looking after herself, won’t eat and won’t get out of bed.

Feeling judged, he evicts Jenny who was actually looking after his wife, to the extent of ensuring the poor woman took her medication. He then promptly fails to look after Angela; he tells her to pull herself together, to remember to take her pill, then walks out. (It is likely that at this point Angela stopped taking her anti-depressants). Her condition quickly worsens and three weeks later she takes her own life.

I found myself wondering if he were meant to be a weak, oblivious man, or one deliberately seeking to rid himself of a burdensome wife.

The real symbol of class tension in the book is Jenny. Jenny is a Polish woman who spent thirty years in France, working hard for not much money and living in a shabby yet chic Parisian hotel. She has married the protagonist’s uncle, Humphrey, the kind of late life wedding predicated on comfort and companionship. Initially it works well, and Jenny forms a friendship with Alan’s mother, Alice.

“When you have no family, you rely too much on your friends. And they let you down.” – Jenny, p169

The protagonist dismisses these words, but they have the ring of truth. He is also correct though, in that Jenny’s need, desperation and over reliance appals and drives away her acquaintances. Jenny, like Alan, loves the indifferent and contemptuous Sarah, the daughter figure she’s always wanted, to no avail. Alice, envisioning a retirement of afternoon tea with Jenny, accepts a proposal from a gentleman friend in order to escape it. Jenny’s own new husband becomes miserly and cruel as dementia sets in. She was happier in genteel poverty in Paris, than trapped in stark impoverishment in London. She becomes desperate.

But her need is borne of survival. It highlights the cruel fate of women in Jenny’s position. Hard working, shrewd, kind, she is nevertheless powerless and survives on the whim of others.

This is a desperately sad, rich book.

Alan betrays his wife appallingly for the sake of an old and not very meaningful fling. It is interesting that in describing the terrible way he treated his wife, and the inevitable consequences, it is as a personal tragedy of his. He describes it as suffering a ‘grievous blow’ and says he thinks that is why his secretaries are uncomfortable around him, that they are pitying his broken heart.

He seems unable to grasp that his wife’s miscarriage and suicide were at least partially his fault. It never occurs to him that maybe his employees are ‘uncomfortable’ around him because they think he’s an awful human being.

He somewhat atones in later life by thwarting Sarah’s attempt to put Jenny out on the street and providing for her. And later going on a quixotic, largely fictional search for Sarah in order to comfort his elderly relative.

But… are we supposed to like Alan? Identify with him? Feel sorry for him, and blame Sarah, the elusive siren that made it clear their relationship was a fling? Sarah isn’t nice. But she doesn’t actually owe Alan anything, and she certainly isn’t to blame for his decision to abandon his heavily pregnant wife for a one night stand.

Overall I enjoyed this book and have noted several of her other novels to read, including Look at Me, a tale about a lonely librarian. Would recommend.