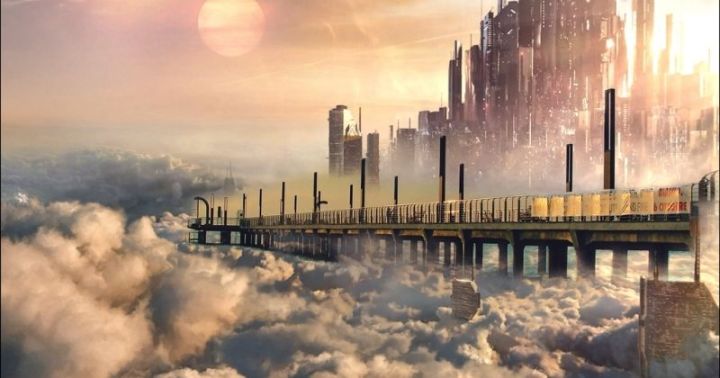 Blackfish City, by Sam J. Miller, tells of a flooded future world, where a mysterious woman arrives in the floating Arctic city of Qaanaaq. Accompanied by an orca and a polar bear, she is one of the elusive and hunted few who have nano-bonded with animals. Her arrival shakes a city already struggling under the weight of corruption, organised crime, and a mysterious disease called the breaks…

“Quaanaaq was not a blank slate. People brought their ghosts with them.” – P8

The book opens with Fill, a queer man and Quaanaaq’s version of an aristocrat, learning that he’s going to die. Fill had a childhood fascination with nano-bonding, said to be a myth. Fill remembers his grandfather throwing away his plastic printed figures of nano-bonded people. It lampshades that his grandfather may not be the ‘sweet and kind’ person Fill thinks he is.

As he walks Quaannaaq, Fill listens to the podcast City Without a Map. The content is rumoured to be generated by a bot, a ghost in the machine, an archaic Wintermute trapped in a closed network.

We first meet Ankit as she conducts outreach in the slums, on behalf of her politician boss. She sneers at the wealthy tourists photographing the locals. Sari fabric draped over doorways, women singing, a soot stained boy stirring a pot of ‘bootleg meat’. She reminisces about being a ‘scaler’, someone who scrambled across the loose towers and scaffolds of the city. 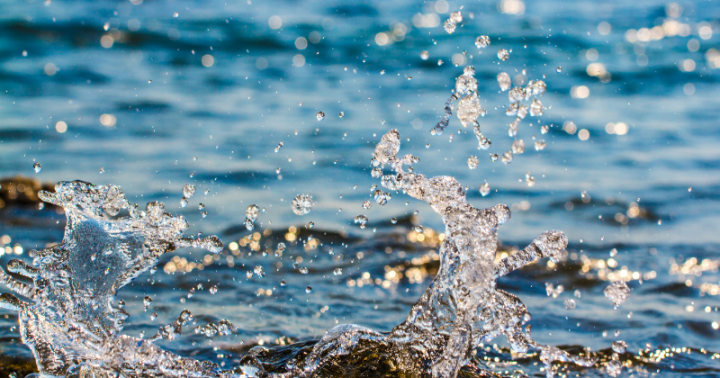 Kaev is a futuristic reboot of the sad boxer who throws fights for cash and is in too deep with the mob. Known as a journeyman fighter, he has two jobs. Lose, and make it look good. And subtly train the winners who have been handpicked to rise. It’s implied that Kaev is very unwell; not with the breaks, but some other unspecified mental health issue. Soq is a beautiful, nihilistic non binary messenger with ties to organised crime. They are young, ambitious and fluctuate rapidly between moral indifference and a keen sense of injustice. Their boss assigns them to investigate the orcamancer, and Soq forms a bond with the Blackfish Woman when they save her life. As the investigation continues, Soq is forced to confront the darker edges of what it means to work for a crime lord.

It’s LGBTQ+ focused, with the main characters being gay, queer and non binary.

The evangelicals in the book no longer hunt and vilify the queer denizens of the world; they reserve their ire for nanobonded humans, hunting down and murdering even children. It illustrates a theme of the book that for certain groups the point is to have a target. The nature of the target is secondary.

The persecution of the nano-bonded is explicitly linked to the persecution of LGBT people. Although the novel is clear that in both cases, the working class religious zealots committing the actual genocide were being manipulated by a capitalist elite.

Laced throughout the book are the mysterious City Without a Map recordings, which purport to be a guide to the city but seem to have a deeper meaning, especially for those afflicted with the breaks.

The ‘breaks’ are an obvious analogy for HIV, complete with grassroots solidarity, prejudice, and Fill’s relief at the other shoe dropping. Shortly after infection he gets a call from a fellow sufferer; later he meets a kindly older man who offers sympathy without expectation.

Sam J Miller has said he was influenced by both film noir and Agatha Christie, which actually shines through, just a little, in this sci-fi fantasy. Miller has clarified that there won’t be a sequel, but also that several of his other stories, including Calved, take place in the same universe. Miller is a gay man; when he was asked how he wrote women and non binary characters, he said:

“Whenever I am writing someone whose experience or identity isn’t mine, I try to start from a place of extreme caution and respect, understanding that the stakes are high and I don’t want to distort or misrepresent anyone’s life. And I try hard to educate myself and learn as much as possible about the sexism and misogyny that pervade so much of conventional storytelling, so I can avoid the traps that are hidden inside of the tropes. And I read A TON OF BOOKS, especially by diverse authors.”

Sam Miller is a vegetarian who used to be a punk rock guitarist and artist’s model. He got married in a guerilla wedding at the American Museum of Natural History. He has won numerous awards and his debut novel was a YA masterpiece about a boy with an eating disorder. He has engaged in activism for the homeless, through the non profit Picture the Homeless.

The landlord class – the new aristocracy of Quaanaaq – are really the villains of Blackfish City. The unregulated rents and shuddering slums of the city permeate every aspect of the novel. There’s even a revelation late in the book of an appalling atrocity committed by the agents of landlords protesting rent control. Property, and space, is the key issue in this new world. I personally loved it, and unlike some books I review, plan to buy it.

I really enjoyed the fact that most of the main characters were female or queer, and that more importantly, it wasn’t the important thing about them. Fill and Ankit struggle with class privilege; Masaaraq with betrayal and isolation; Soq is trying to balance their ambition with their morality. The book skipped over the anti-LGBT tropes that so many works fail to avoid, even those written by LGBTQ+ authors.

One thought on “Blackfish City by Sam J. Miller”