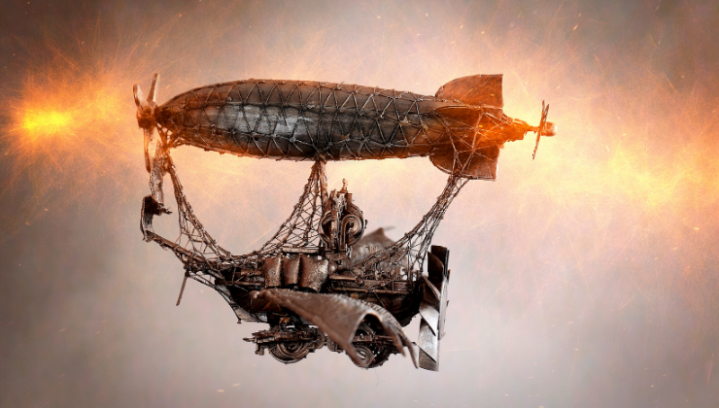 How to Marry a Werewolf by Gail Carriger charts the adventures of eccentric geologist Faith Wigglesworth, as she heads to London after an indiscretion, to find a werewolf husband.

The monsters left Faith ruined in the eyes of society, so now they’re her only option. Rejected by her family, Faith crosses the Atlantic, looking for a marriage of convenience and revenge.

“When a young American lady of good standing is indiscreet, kind parent retire her quietly to the country with a maiden aunt and a modest stipend. Faith’s parents decided to marry her off to a werewolf.”

Faith reaches our Victorian, steampunk London by dirigible, and is immediately accosted by Major Channing. The icy Gamma werewolf, now heading up the Bureau of Unnatural Registry, is hunting for illegal Sundowner bullets. Instead he finds Faith, and her rock collection.

This novella follows the charming Christmas romp of Romancing the Werewolf. Faith meets the London Pack’s Alpha, Lord Falmouth, also known as Sandalio de Rabiffano – but he prefers Biffy – when hat shopping. The charming werewolf takes her under his wing and helps her storm London society. She is courted by all and sundry – one gentleman admirer has £6000 a year! – but is drawn to the cold and damaged Major Channing. He seems to know her so well; while others send her flowers, he couriers her amethyst. While others promise picnics, he takes her to a lecture by the Royal Geographic Society.

He’s also cold, capricious and considers himself unworthy of love; he hovers without commitment.

“It was sublimely aggravating. Like being desired by a very large mosquito.”

It seems to be imperative that she marry a werewolf, (for reasons not made clear until the end). Her parents wish it, both to humiliate her and punish the werewolves by tricking one into taking a bride they consider terribly tainted.

It is genuinely lovely to revisit Biffy and Lyall’s romance, and see how Biffy has grown into his role of Alpha. Seeing the London pack settled and happy is wonderful.

It explores some themes touched upon in previous Gail Carriger books. These include American anti supernatural sentiment, and the novel makes the similarities with other prejudices more explicit. Faith’s ‘scandal’ links to social mores relating to both interracial and out of wedlock relationships of the era. It is strongly implied that her parents wanted her to pretend to have been assaulted, both to preserve their reputation and hurt the werewolves.

“How many times has he taken revenge on a woman for the sins of a wife decades dead?” – Biffy

It is interesting to find out why Channing is the way he is, but also excellent that the other werewolves call him on it. He’s told to get over himself and change his behaviour on numerous occasions, and it’s clear that he finds Biffy’s disapproval awful and upsetting. The Alpha, despite being terribly young by supernatural standards, behaves like a disappointed father, encouraging Channing to shape up and treat Faith well.

Not much negative to say; I personally found Channing a bit irritating and felt he led Faith on a good deal more than was necessary for the plot.

I enjoyed this and would recommend it, but I think you’ll enjoy it a lot more if you read the Parasol Protectorate series and Romancing the Werewolf first. It establishes the charming supernatural, steampunk, Victorian setting, and introduces many of the characters. You can love Biffy at first sight, but I personally enjoyed him a lot more due to his presence in previous books.

One thought on “How to Marry a Werewolf by Gail Carriger”