What Remains of Edith Finch is a beautiful, haunting tale exploring the death and tragedy surrounding the Finch family.

Edith has returned to her family’s abandoned home off the coast of the state of Washington following her mother’s death. The tale shows Edith discovering their history through exploration of sealed bedrooms / shrines, all with voyeuristic peepholes.

The style is interactive fiction, and magical realism. Curling golden script guides you along the narrative. Every tale is told second or third hand, often by a narrator rendered unreliable by drugs, grief or mental illness. The first story is told through the journal of a ten year old girl, who has consumed nightshade.

This narrative could be classed as a video game; indeed it is officially classified as an ‘adventure game’, age 13+. I think this is a complete misnomer. It is a collection of short stories, with interactive elements, albeit one that requires a lot of processing power. I would also not suggest a 13 year old try it, unless they are very mature for their age. It isn’t frightening – just deeply sad, and deals with some very adult themes including referenced drug addiction and a great deal of death, including child death.

Edith Finch lived in the house until she was eleven, and never thought it was odd that half the rooms were blocked off. She admits, narrating as a 17 year old, that she was afraid of the house, and no wonder. The sprawling, multi-level home is overgrown with ivy, set in a forest, complete with it’s own private graveyard.

Inside it mirrors certain horror tales, in that it looks like the inhabitants have walked out partway through dinner. As though they were simply spirited away. It is littered with books, and salmon from the cannery Edith’s brother worked at.

While the narrator claims she feels she is home for the first time in years, I felt a strong sense of trespass in every room. 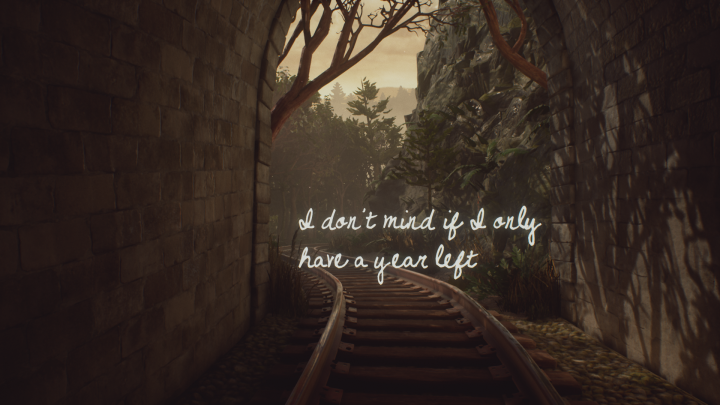 “Just because something isn’t true, that doesn’t mean it’s not real.” Jenna, Autostraddle

Some of the stories in What Remains have supernatural elements but there is always another explanation. It is left up to the player / reader to decide whether they are embodying a true experience of that of an unreliable narrator. The stories are told through photographs, toys, journals and scribbled notes. You can embody various members of the Finch family to learn their tragic stories.

In her journal, Edith explains that the family is believed cursed. All but one child of each generation die, leaving a sole heir to continue the family.

You can decide for yourself whether the family is cursed. So many members died through neglect or stupidity. Odin sailed in inadvisable conditions; Molly was locked in a room with poisonous berries and no food; Calvin, Gregory and Gus died through accidents caused by parental neglect. It’s hard to blame a tragedy on a ‘curse’ when it could have been prevented by not leaving a baby alone in the bath.

Instead the belief in the curse limits and haunts their lives. It makes them morbid and fatalistic, which may influence why the Finch family takes foolish risks. For example Sam Finch’s death at the antlers of a bucking deer, which could have been prevented by following basic hunting safety guidelines. 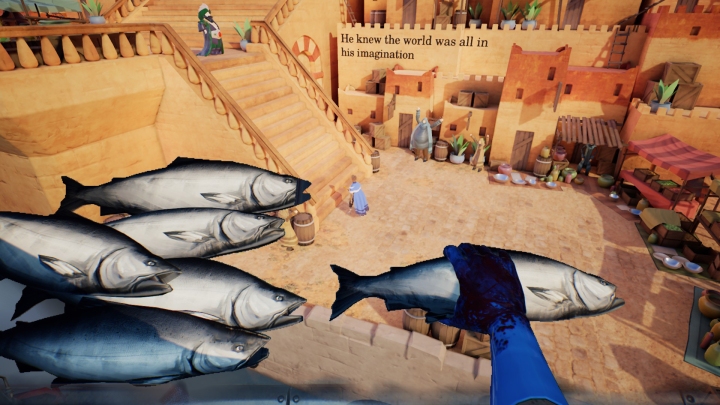 The richest and most heart-breaking story is that of Lewis Finch. He is Edith’s older brother, who committed suicide at work. Poor Lewis had multiple risk factors for suicide. A bisexual 22 year old male with mental health and substance abuse issues; plus a history of family violence. However, as with all the deaths, you wonder if the tragedy could have been prevented. In his case, by his psychiatrist looking beyond Lewis’ ability to do his work and more towards his increasing retreat into an imaginative world.

In his vignette, you see Lewis working in a cannery, methodically chopping fish. This interweaves with his fantasy of being an adventurer in a faraway land. His escapist fantasies are more than understandable; a young man in a small town, in recovery, working a dull, repetitive job. He befriends a calico cat, becomes mayor, romances a beautiful royal, and finally, becomes king.

The palace would be packed with his companions, including the wise calico who had insisted on advising him. His prince/queen waited, holding his crown. There was only one thing left to do. Bend down his head. And the rest I think you know. – Dr. Emily Nuth 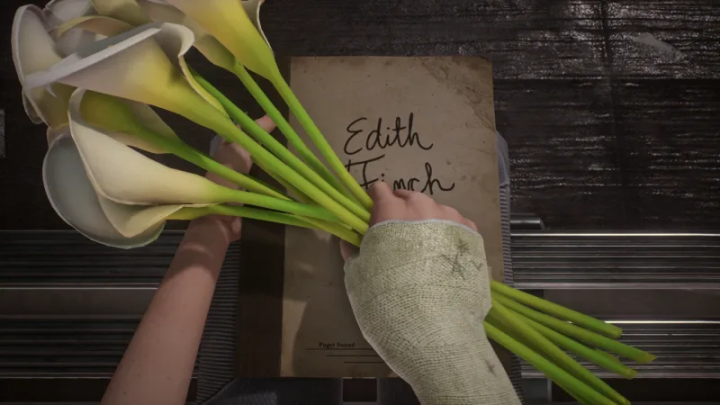 “If we lived forever, maybe we’d have time to understand things. But as it is, I think all we can do is open our eyes, and appreciate how strange and brief this all is.” – Edith

A stunning, bittersweet series of stories. I would recommend it to anyone who loves narrative and has a computer with good processing power. I really wouldn’t call this a game. It is, however, visually rich, haunting and overwhelmingly emotional.